Even though the circuit courses in Europe opened a little later this year due to the Corona situation, those of you with petrol in your blood will naturally be drawn to the circuits. Especially with the high loads during longitudinal and lateral acceleration, tires start to spin unintentionally on the rim. The resulting dynamic imbalance not only leads to unwanted vibrations and increased wear, but also to poorer handling and longer braking distances.
In order to prevent rotation between rim and tire, we deliver all motorsport and road wheels of the type ONE from the production period 11/2019 onwards with knurled contact surfaces on the rim shoulder. 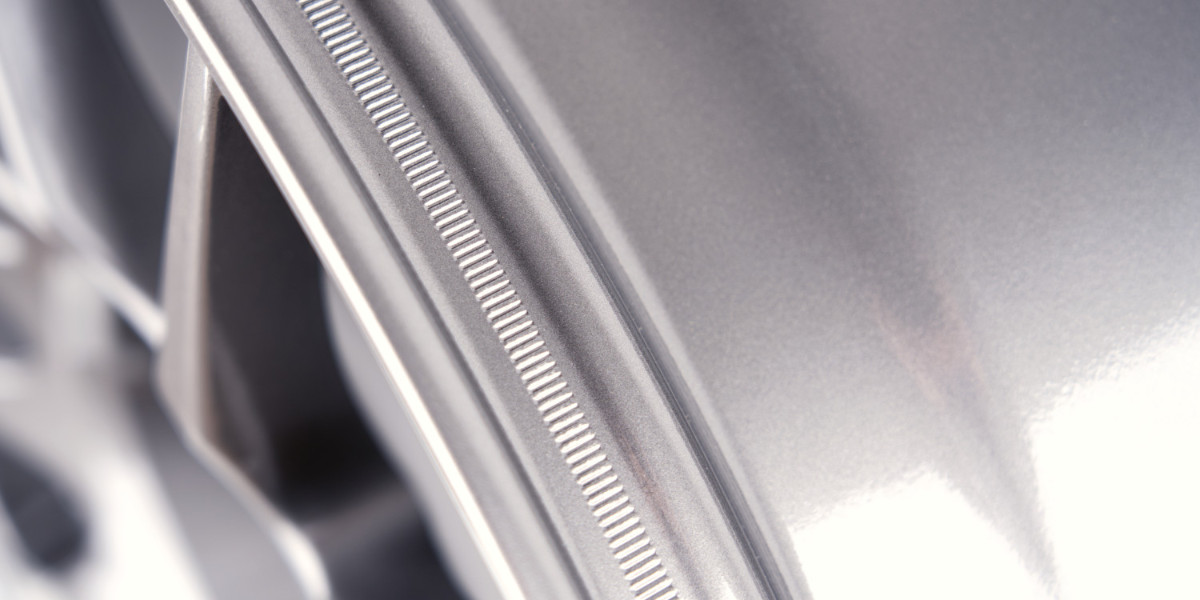 The 5 mm wide knurling RAA according to DIN 82 is intended to prevent the tire from twisting on the rim. The procedure is used as standard on all PROTRACK ONE wheels from production date 11/2019

On all PROTRACK wheels of the ONE model, which was already designed for use in material-intensive motorsport during the construction phase, a 5 mm wide knurling of the RAA type (DIN 82) will be incorporated as standard on both rim shoulders at the height of the tire contact area from production date 11/2019 onwards. During the so-called knurl forming (or knurl pressing), toothed steel wheels press into the surface and thus create the desired pattern. This chipless process is used to produce grippy surfaces on cylindrical workpieces.

The type and position of the knurl on the shoulders of the rim was first determined in CAD and the mode of operation was simulated on the PC. The most promising variants in the simulation were then produced in the factory and extensively tested on the Nürburgring Nordschleife.

„Despite the previous simulation, we were only able to find the best position and shape of the knurl with extensive test drives. In the process, we unwound a defined program of driving situations according to selected criteria with tires from various manufacturers and incorporated the results into series production," explains our Managing Director Christoph Penisch. "The feedback from our customers on this feature - especially from racing teams in the endurance championship - has so far shown that the elaborate approach has paid off.“ 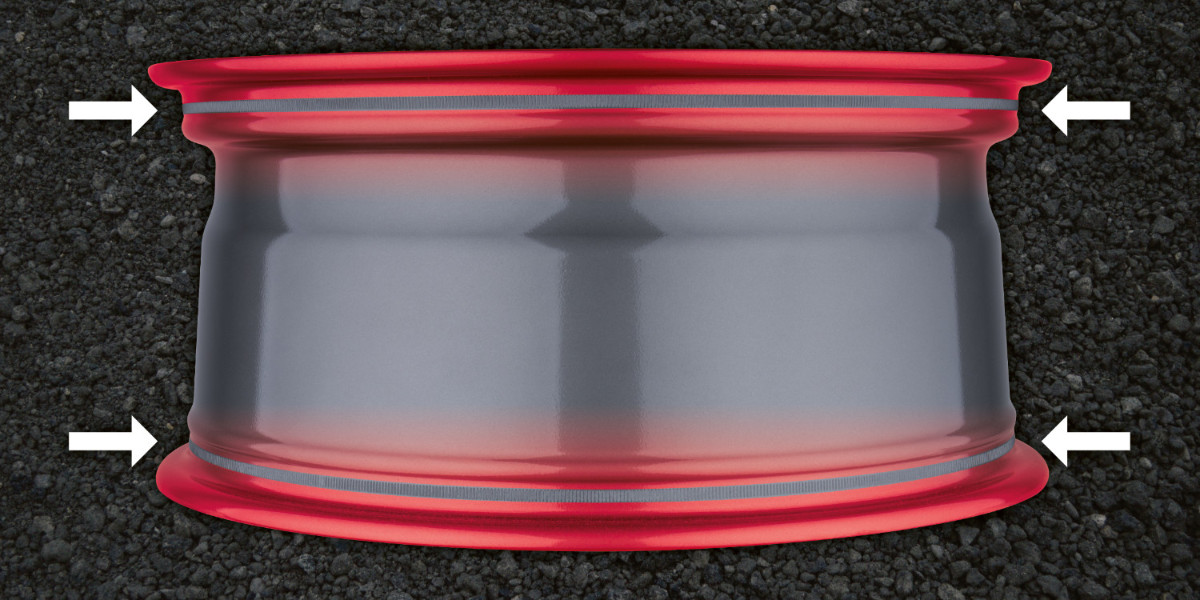 The knurling is worked into both rim shoulders at the height of the tire contact surface. Extensive test drives have subsequently confirmed the previously simulated data on the torsional resistance of the tire on the rim.

As not all sizes with knurling are in stock yet, we recommend interested customers to contact us in advance by phone or e-mail.